Expo Chicago/2014 is the 3rd annual exhibition of international contemporary and modern art held in Chicago at Navy Pier’s Festival Hall on September 18 – 21, 2014. All photographs by John P. Walsh.

Rosalyn Drexler (American, b.1926), Marilyn Pursued by Death, 1963, Garth Greenan Gallery New York and Fredericks & Freiser New York. This transformative work is based on a photograph of Marilyn dated June 29, 1956. It was taken in Roxbury, Connecticut. In the photograph Marilyn is surrounded by more than a dozen press people as she rushes to Arthur Miller’s home to whom she was engaged to soon be married. The actress was ashen faced and shaking after witnessing a car accident in which two other press people who were chasing her and Miller were involved. One of the correspondents, for Paris Match, later died from her injuries sustained in the accident. (see Marilyn in the Flash: Her Love Affair with the Press, 1945-1962, David Wills, Dey St., 2015.) 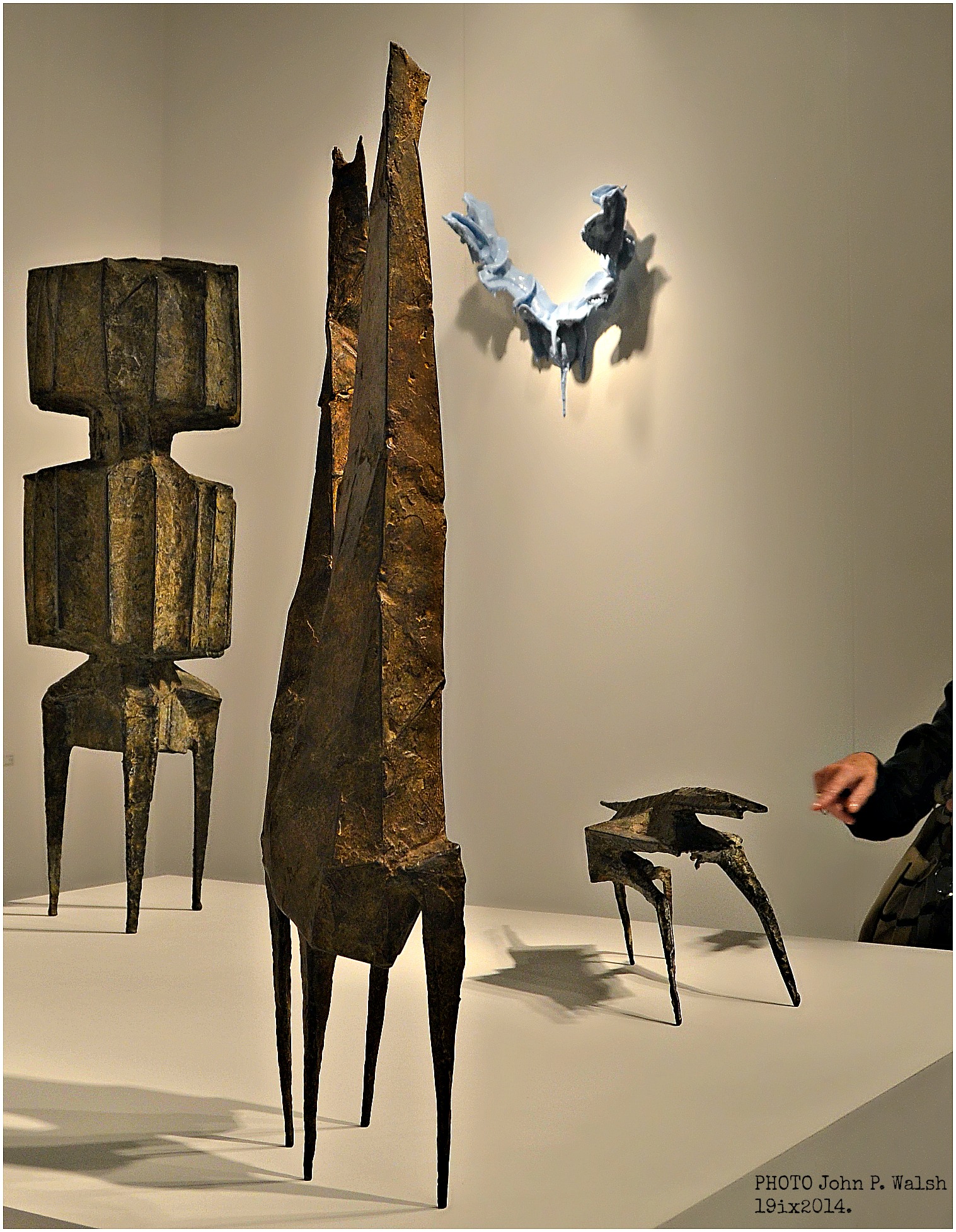 Expo Chicago/2013 is the 2nd annual exhibition of international contemporary and modern art held in Chicago at Navy Pier’s Festival Hall on September 19 – 22, 2013. The following 16 photographs are of that event.

4-EXPO CHICAGO 2013- William T. Kennedy, WARHOL HOLDING MARILYN ACETATE 1, executed 1964, 2010. When Warhol was not yet famous but at the center in a shift in the culture of the art world.

10-EXPO CHICAGO 2013- Larry Rivers (American, 1923-2002), SMALL DRUGSTORE, 13.5.x.15.25 inches, oil on canvas mounted on board, 1959. Techniques of color-field painting, gestural abstraction, and calligraphy together in an objective and abstract picture.

©John P. Walsh. All rights reserved. No part of this material may be reproduced or transmitted in any form or by an means, electronic  or mechanical, which includes but is not limited to facsimile transmission, photocopying, recording, rekeying, or using any information storage or retrieval system.