PHOTOGRAPHS I FORGOT I HAD: INTERNATIONAL. With brief explanations.

The westwork’s appearance is the result of a reconstruction finished in 1984 following severe damage during World War II from bombing by the German Luftwaffe in May 1940. The church was built in the 11th century to serve a Benedictine abbey of cloistered nuns whose first abbess was St. Gertrude of Nivelles. This dramatic church is classified a major European Heritage site and remains one of the finest examples of the Romanesque style in Belgium. Its Romanesque crypt is one of the largest of its kind in Europe where Merovingian and Carolingian tombs have been found. 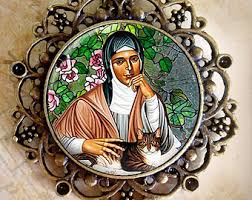 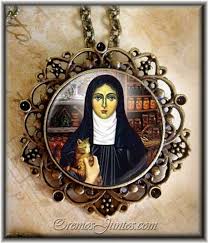 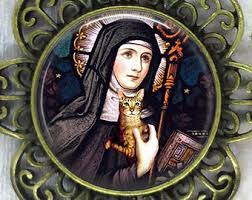 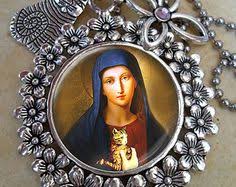 Joan of Arc (French, 1412-1431) is one of the most popular and best documented medieval saints. The story of Jeanne La Pucelle as she is known in France has been beautifully depicted by many artists and writers for centuries—as well as in the films.  The visitor to France can still visit the many places and sites associated with the Maid and come away with a real sense of her surroundings and times of almost six centuries ago. There is a slew of literature about Joan and a fascination with her story and significance starting with the transcripts of her trial in the early fifteenth century to modern literary authors such as Mark Twain, George Bernard Shaw and Vita Sackville-West to  more recent scholarly tracts and contemporary nonfiction. Within this vast educational and informational field, this post explores some of the wonderful facts and artwork through the ages depicting France’s warrior-maid, Joan of Arc. One example to begin among others is French artist Octave Denis Victor Guillonnet’s paintings (1872-1967). Anyone interested in Joan always meets her when she is a peasant girl in the small village of Domrémy in the east of France. Before she is a young teenager and throughout the rest of her short life Joan is called by her voices of Sts. Michael, Margaret, and Catherine of Alexandria with the explicit instruction to aid France as a warrior-maid. This was at a critical juncture in France’s long “100 Year” war against the competing powers of England and Burgundy. Joan’s military mission begins in 1429 at 17 years old and, after spectacular martial successes and the crowning of the King of France as Charles VII in a ceremony at Reims, it ends abruptly with Joan’s capture on the battlefield. After she is held in prison for a ransom that her King never paid, her enemies put her on trial as a heretic resulting in Joan being infamously burned at the stake on May 30, 1431, in Rouen, France. This condemnation was overturned by Church authorities in 1456 and, many centuries later, in May 1920, Joan was consecrated as a Catholic saint. Although Joan was only 19 years old when she died, her brief and successful military and political exploits—as well as her unshakable belief under great duress that she was on God’s mission—had set France on its inexorable path to sole sovereignty and earned her a place as one of the patrons of France today.

Versailles – The Palace of Versailles (French: Château de Versailles), or simply Versailles is a royal castle in Versailles, west of Paris in the Île-de-France region that includes Paris and its environs. The Château is open today as a museum and is a very popular tourist attraction. For more visit: http://en.chateauversailles.fr/

Joan of Arc – Joan of Arc (French: Jeanne d’Arc) was born January 6, 1412 and died by execution (burned at the stake) in Rouen, France, on May 30, 1431. Nicknamed “The Maid of Orléans” (French: La Pucelle d’Orléans) Joan of Arc is considered a heroine of France for her role during the The Hundred Years War and is canonized Roman Catholic saint. She is one of several patrons of France today.

Domremy – (French: Domrémy, today Domrémy-la-Pucelle in reference to Joan of Arc.) Domremy is a small commune in the Vosges department in Grand Est in northeastern France. It is the birthplace of Joan of Arc. In 1429 Domrémy (and neighboring Greux) was exempted from taxes “forever” by King Charles VII which was the sole request made of the king by Joan of arc when Charles asked her how he could show her his appreciation for seeing him. Taxes were imposed again upon Domrémy and Greux during the French Revolution and the populations has had to pay taxes ever since.

Meuse – (French:  la Meuse.) The Meuse is a major European river, originating in France and flowing through Belgium and the Netherlands and draining into the North Sea. It has a total length of 925 km (575 miles).

Rivulet of Three-Fountains – (French: Le ruisseau des Trois Fontaines.) In Jeanne’s time, the village of Domremy was divided by the Creek of Three Fountains, so named because of three sources that fed it. To the south of it (right bank) is the Barrois and to the north of it (left bank) is Champagne. The stream also separates Domremy and Greux. Champagne was part of the royal domain, and when Joan left her home to aid the “Dauphin” Charles at Chinon or went to Nancy to visit the Duke of Lorraine, she had to seek safe conduct.

The Duchy of Lorraine – (French: Lorraine) was a duchy or dukedom that today is included in the larger region of Lorraine in northeastern France. Its capital was Nancy.

Province of Chaumont – Chaumont is a small commune of France which historically was the seat of the Counts of Champagne.

Jacques d’Arc – also Jacquot d’Arc. (b. 1375/80-d. 1431). Father of the Maid, he was born about 1375 at Ceffonds, in the diocese of Troyes, according to the Traité sommaire of Charles du Lys published in 1612. It was about the time of his marriage that he established himself at Domrémy, for his wife Isabelle Romée was from Vouthon, a village about seven kilometers away. He seems to have enjoyed an honorable position in this countryside, whether he was rich, as some have implied, or not. In 1419 he was the purchaser of the Chateau de I’Ile, with its appurtenances, put up at auction that year. In a document of 1423 he is described as doyen or sergeant of the village. He therefore took rank between the mayor and the provost, and was in charge of collecting taxes, and exercised functions similar to those of the garde Champêtre which is a combination of forest ranger,game warden, and policeman in certain rural communes in France. The same year finds him among the seven notables who responded for the village in the matter of tribute imposed by the damoiseau of Commercy. In 1427 in an important trial held before Robert de Baudricourt, captain of Vaucouleurs, he was again acting as a delegate of his fellow citizens. We know that he opposed with all his power the mission of his daughter, whom he wished to marry off. However, he went to Reims for the coronation of the King, and the King and the municipality defrayed his expenses and gave him a horse for his return to Domrémy. He was ennobled in December, 1429. Jacques d’Arc died 1431, it is said, from sorrowing over his daughter’s end.

Jean d’Arc (b. 1409 d. 1447) fled with his sister Joan to Neufchâteau; accompanied her to France; and was lodged at the house of Jacques Boucher at Orléans. With his father, he was ennobled in December 1429. As provost of Vaucouleurs he worked for the rehabilitation of his sister; appeared at bodies in Rouen and Paris; and formed a commission to get evidence from their native district and produce witnesses. He was Bailly of Vermandois and captain of Chartres.

Pierre d’Arc (b. 1408 d. ?) went to seek his sister in France; fought along with her at Orléans; lived in the same house with her in that city; accompanied her to Reims; and was ennobled with the rest of the family. He was captured with Jeanne at Compiègne, but was eventually released. Pierre retired to the city of Orléans where he received many gifts – from the King, the city of Orléans, and a pension from Duke Charles, among them the Île aux Boeufs in 1443. The descendants of Pierre had in their possession three of Jeanne’s letters and a sword that she had worn. The letters were saved but the sword was lost during the the French revolution.

Catherine d’Arc (b. 1413 d. 1429). There is very little known about Catherine, other than she married Colin, the son of Greux’s mayor, and died very young in childbirth near the end of 1429.

Isabella Romée – Isabelle Romée (b. 1385 d. Dec. 8, 1458), known as Isabelle de Vouthon. Isabelle d’Arc and Ysabeau Romée, was the mother of Jeanne. She moved to Orléans in 1440 and received a pension from the city. She petitioned Pope Nicholas V to reopen the court case that had convicted Jeanne of heresy, and then, in her seventies, addressed the assembly delegation from the Holy See in Paris. On July 7, 1456 the appeals court overturned the conviction of Jeanne. Isabelle gave her daughter an upbringing in the Catholic religion and taught her the craft of spinning wool.

The First Biography of Joan of Arc, with the Chronicle Record of a Contemporary Account. Translated and Annotated by Rankin, Daniel S., Quintal, Claire. [Pittsburgh] University of Pittsburgh Press [1964].

Introduction and Notes©John P. Walsh. All rights reserved. No part of this material may be reproduced or transmitted in any form or by any means, electronic or mechanical, which includes but is not limited to facsimile transmission, photocopying, recording, rekeying, or using any information storage or retrieval system.

FAIR USE NOTICE: This site may contain copyrighted material the use of which has not always been specifically authorized by the copyright owner. As a completely educational and non-commercial site, we are making such material available in our efforts to advance understanding of the histories of art, architecture and design, film. music, and other select educational topics in the arts and humanities. We believe this constitutes a fair use of any such copyrighted material as provided for in Section 107 of the U.S. Copyright Act. In accordance with Title 17 U.S.C. Section 107 the material on this site is distributed without profit in the expressed and exclusive purpose of criticism, comment, news reporting, teaching, scholarship and research.