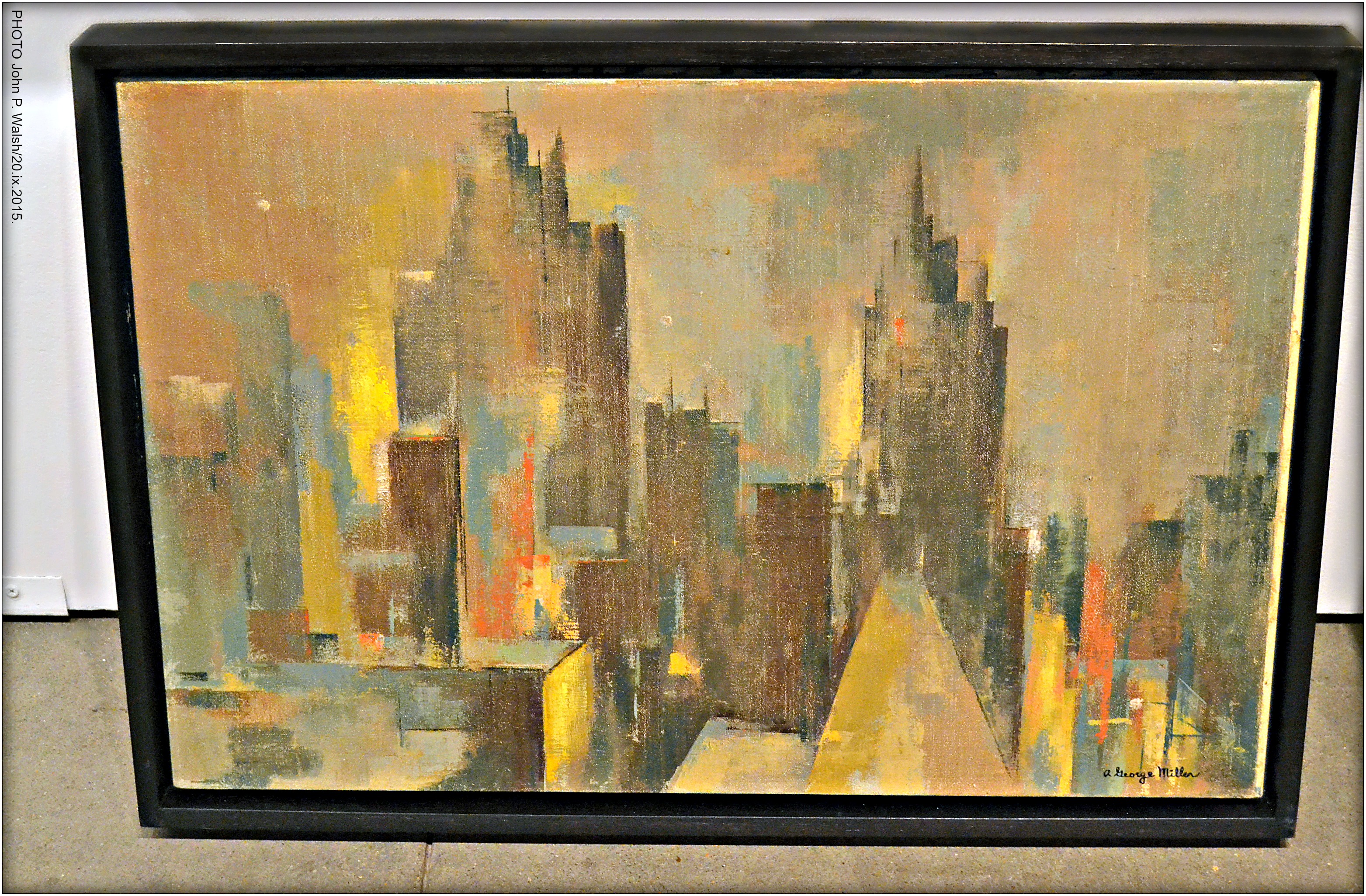 A. George Miller (American, 1905-1984), Untitled (City Nocturne), ca. 1950s, 16 x 24 in. Richard Norton Gallery, Chicago. A. George Miller attended The School of the Art Institute of Chicago starting in 1923. and was one of three official photographers for the 1933-34 Century of Progress Exhibition in Chicago. 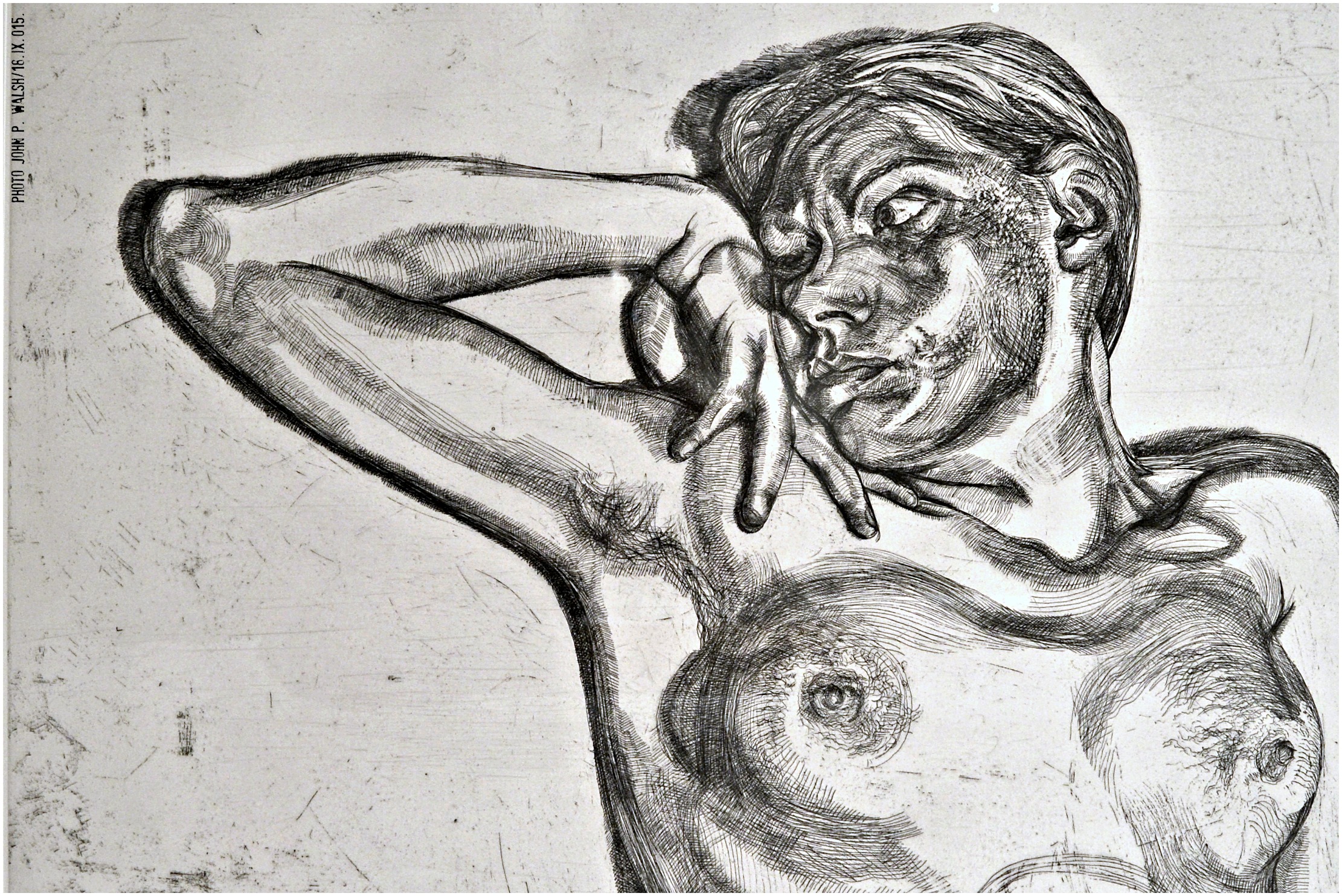 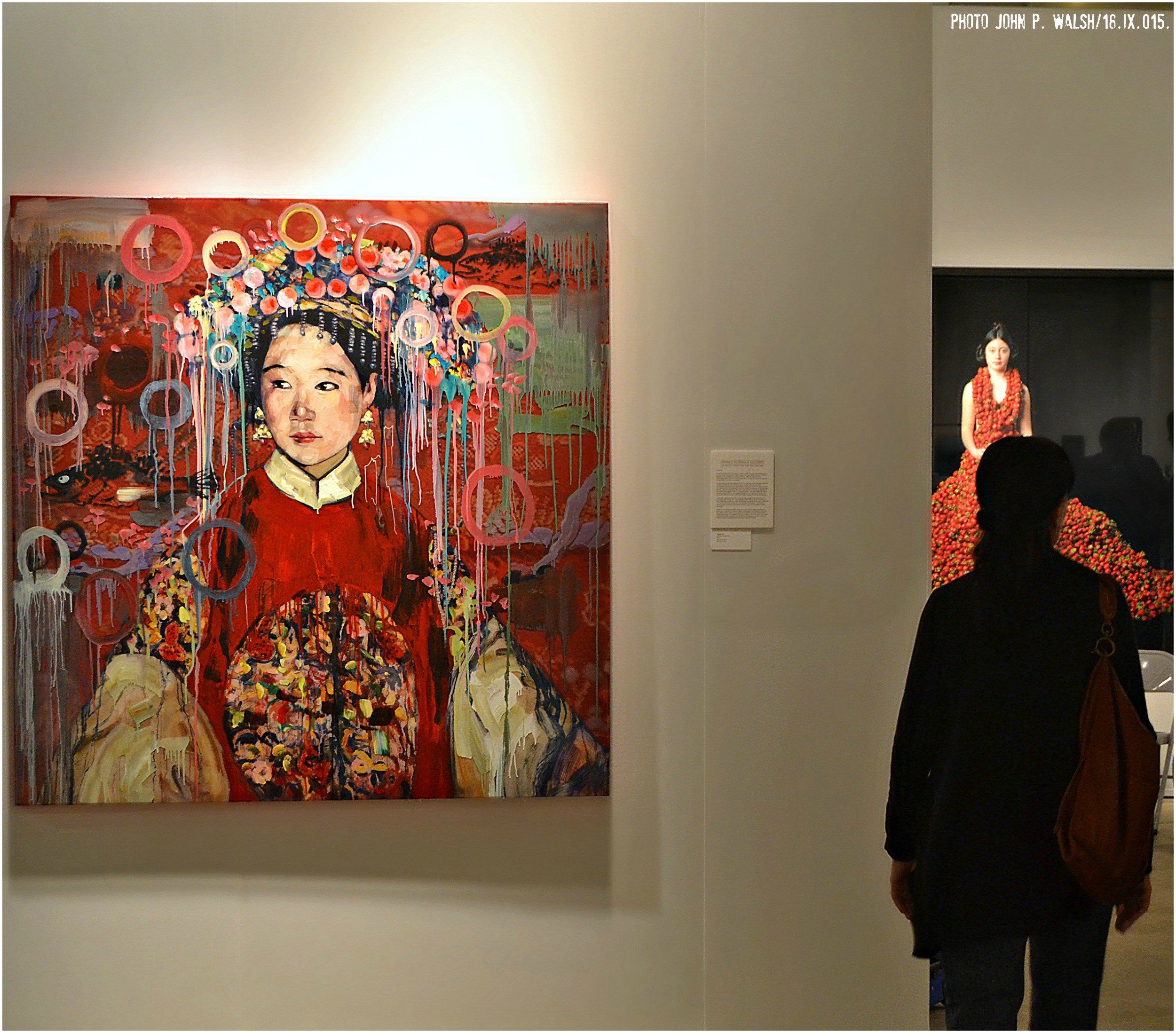 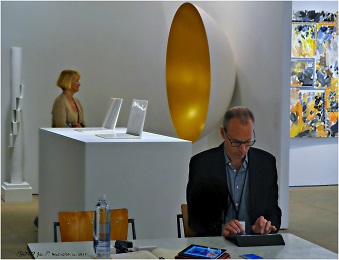 Hunter Reynolds in collaboration with Elijah Burgher and Steve Reinke in Survival AIDS Mummification Performance presented in partnership with PPOW and ICEBERG Projects for Survival AIDS Chicago Act Up a Revolution. 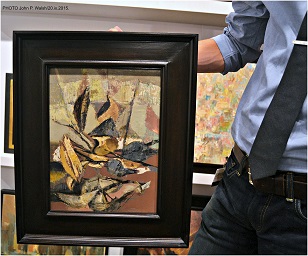 Suzanne Martyl (American, 1917-2013), Asclepias, oil on masonite, 14 x 11 in., Richard Norton Gallery, Chicago. Suzanne Martyl or Martyl Langsdorf – or Martyl. The artist said that she “always found it fascinating to look and look and look, and spend all kinds of time until something would just ring a bell, and I would know how to rearrange nature to make a good composition.”

VMU Gallery 101 / Art Fund curated by Rimas Čiurlionis, and coordinated by photographer Alex Zakletsky, presents a video installation of artists from the conflict zone in Ukraine including the work of Bella Logachova, Andriy Yermolenko and Ivan Semesyuk. 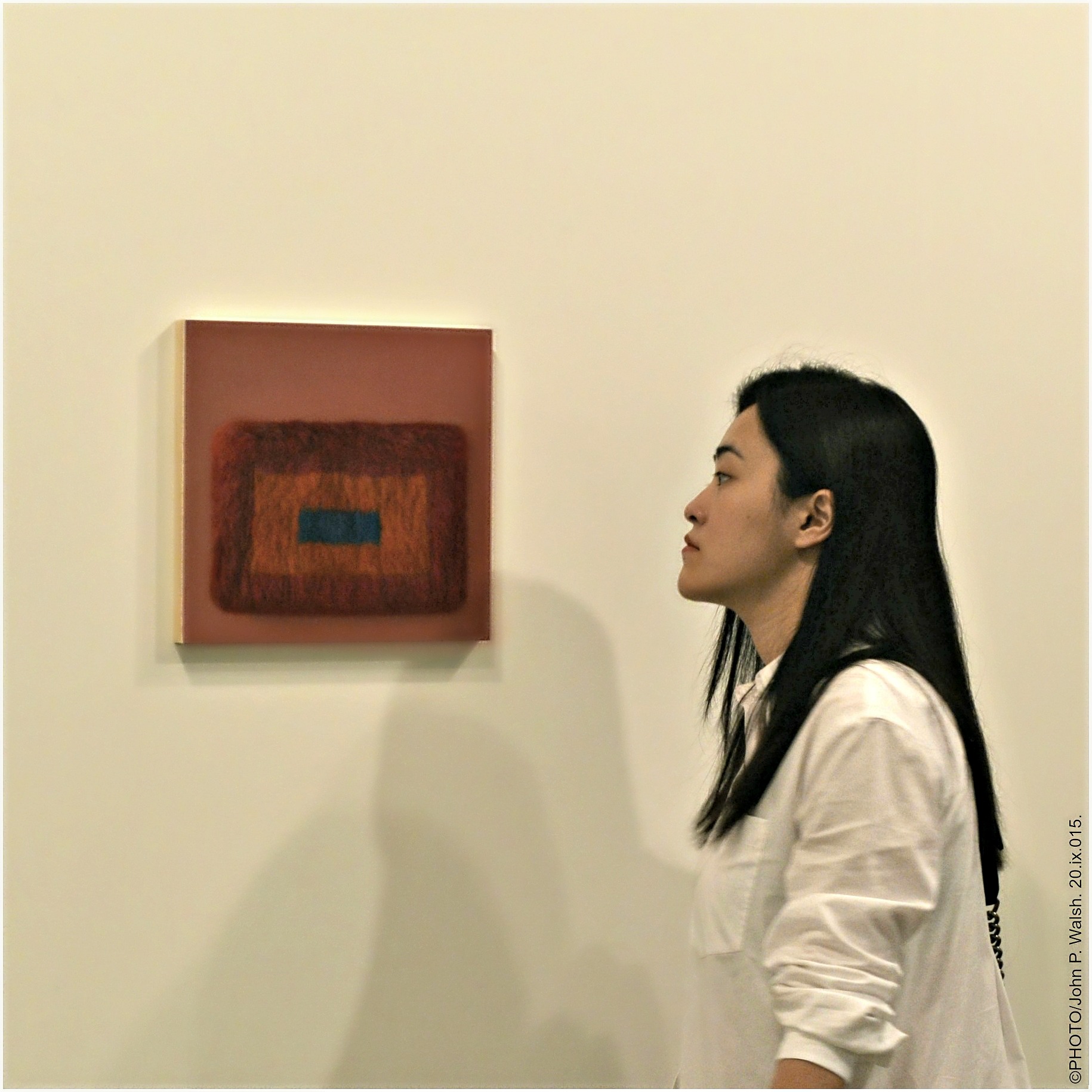 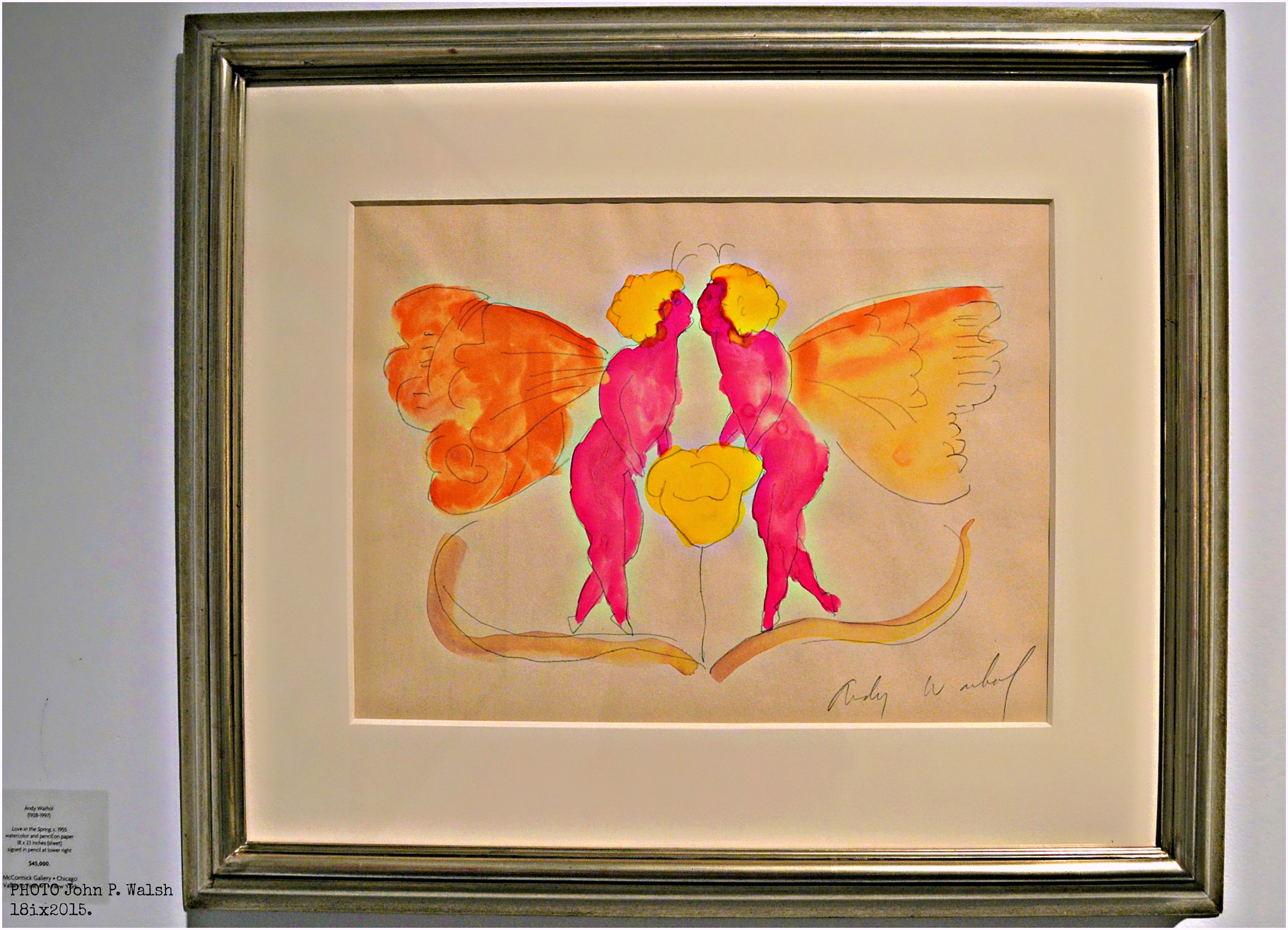 Chilean artist Carlos Costa with one of his “Wind Studies,” 2015, a conceptual project based on structuring basic natural elements. Local Arte Contempoeáneo, Santiago. 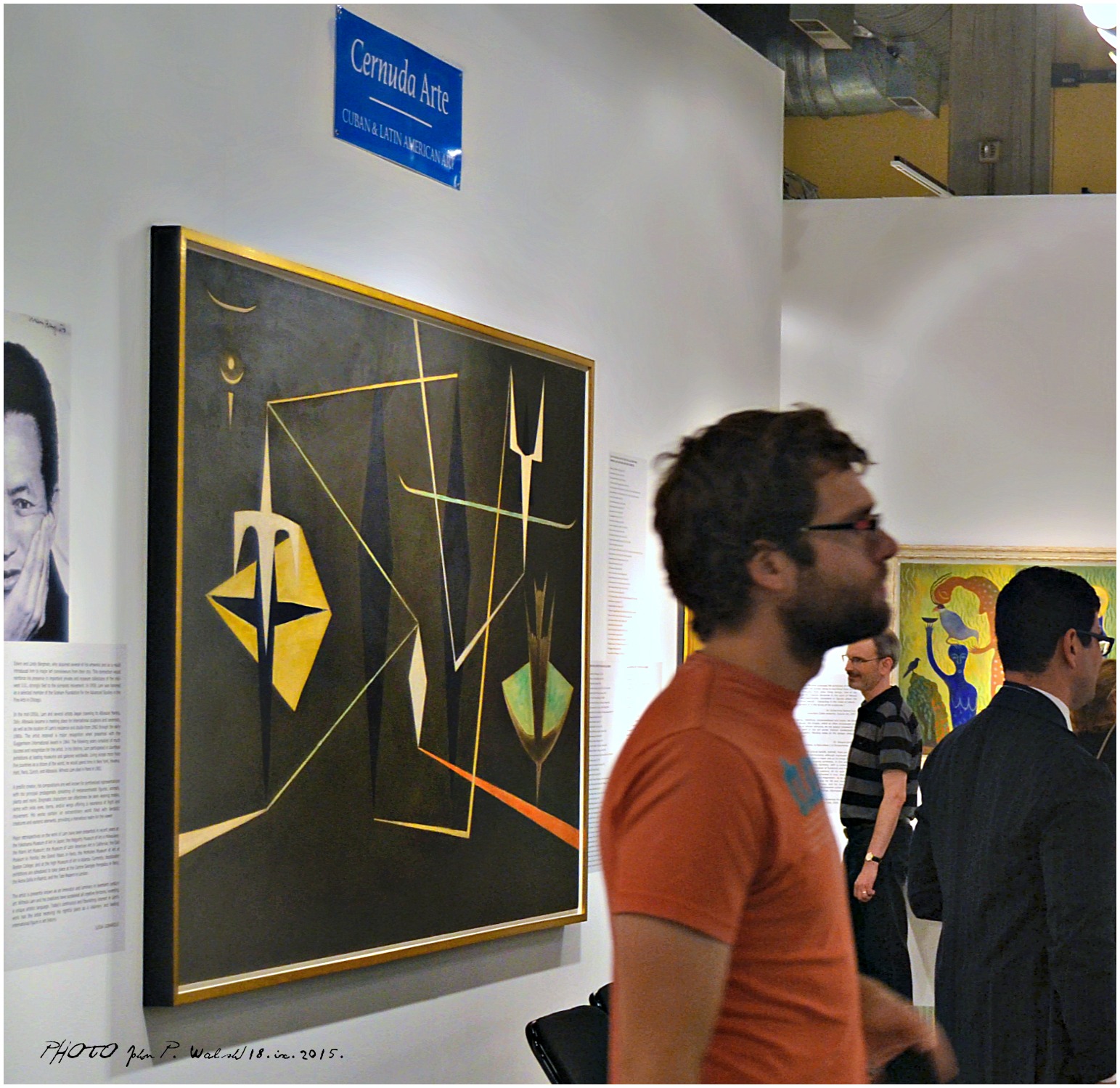 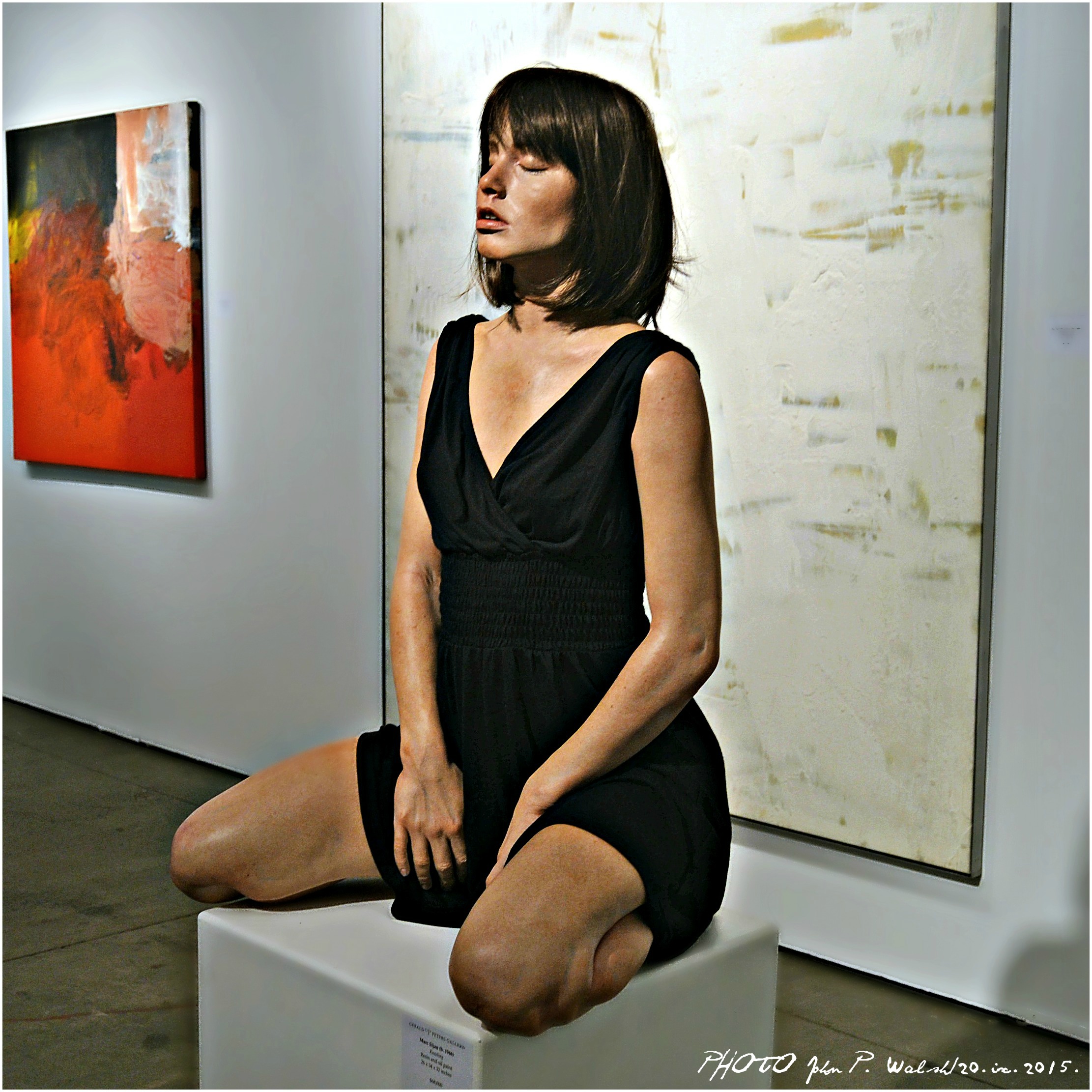 Marc Sijan ( American, b. 1946), Kneeling, resin and oil paint, Gerald Peters Gallery, Santa Fe, New Mexico. Sijan’s super-realistic sculptures are, by the artist’s own words, “homages to humanity’s fascination with its own forms — a fascination which has compelled artists throughout the millennia to mirror life in virtually every medium.” 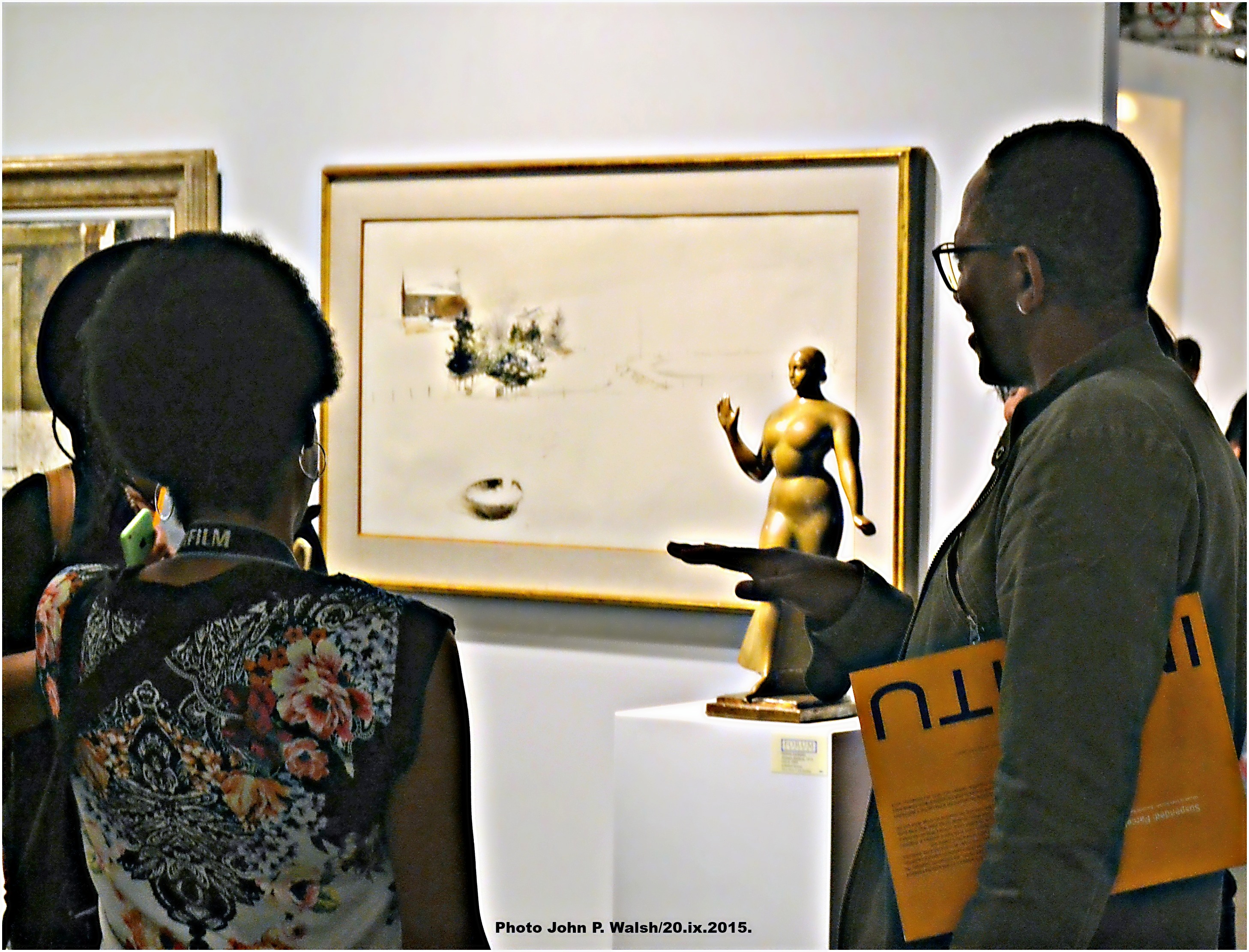 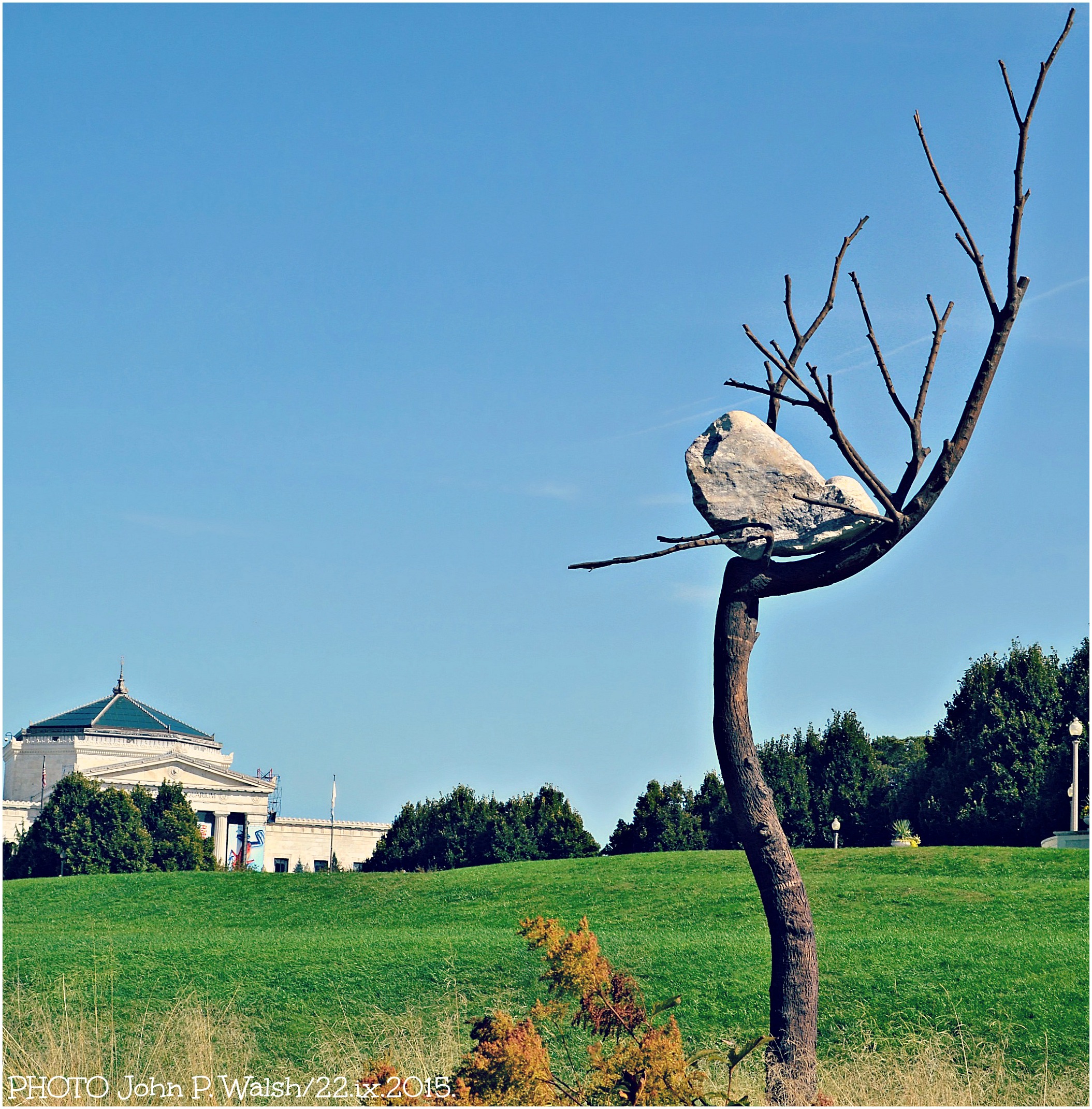 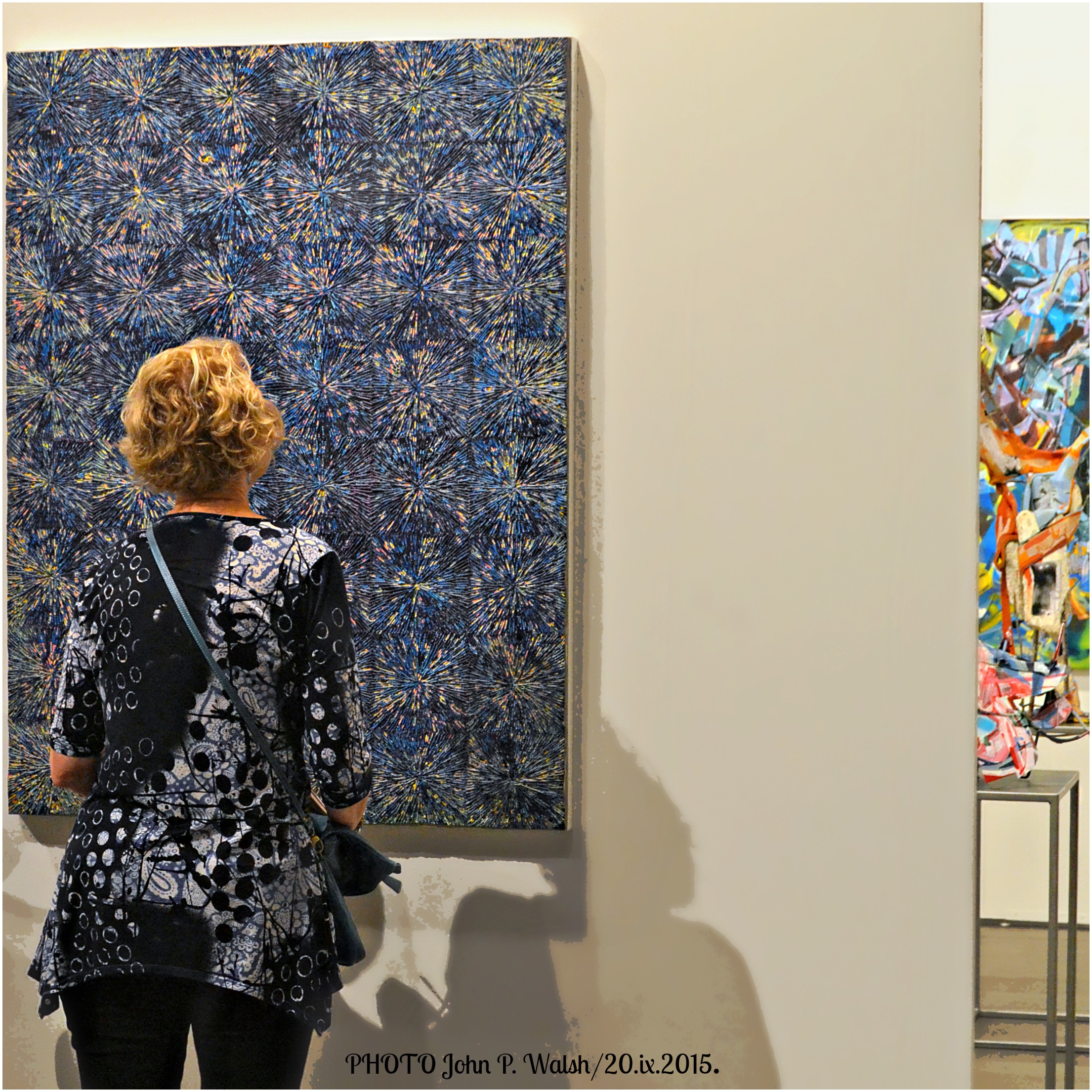 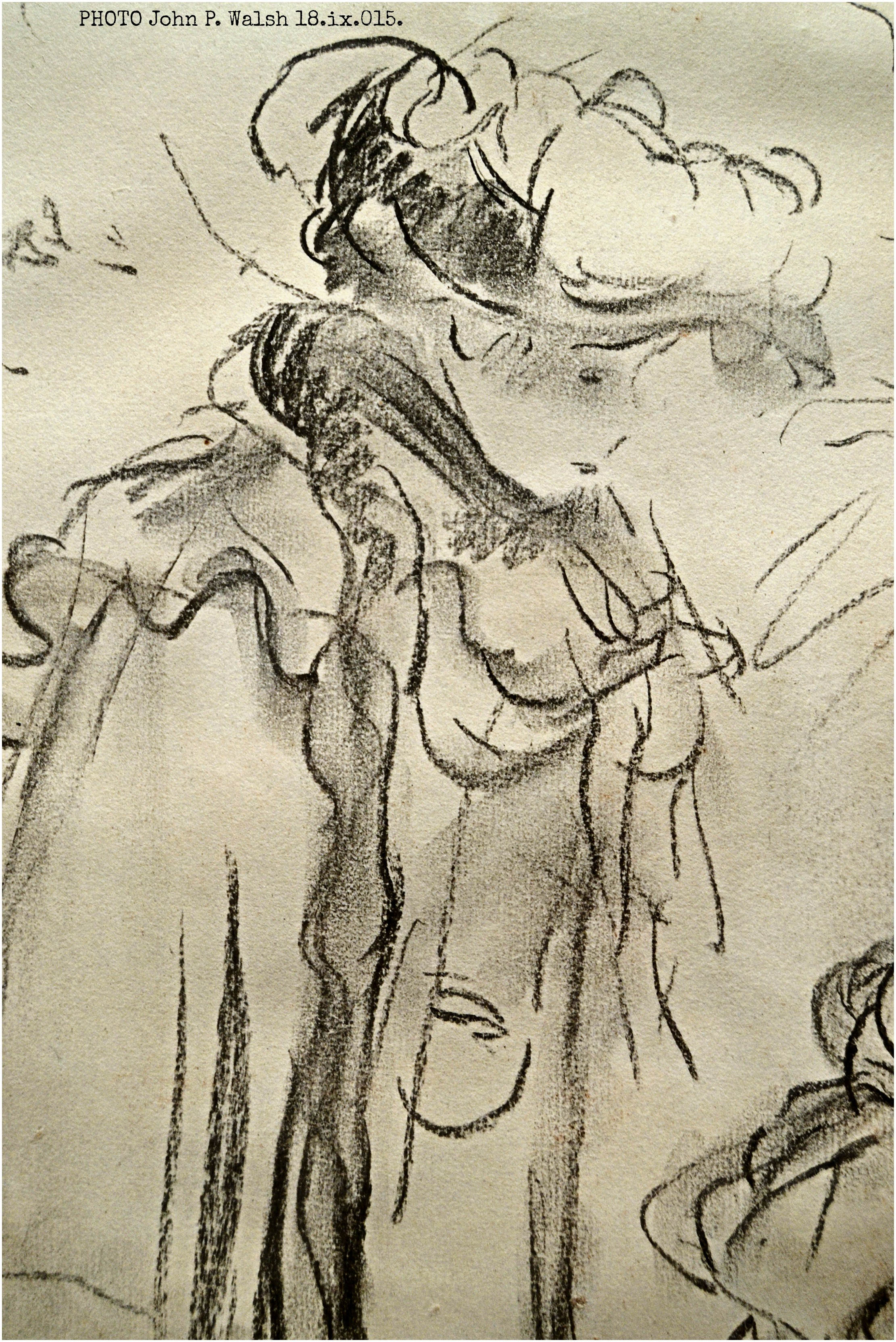 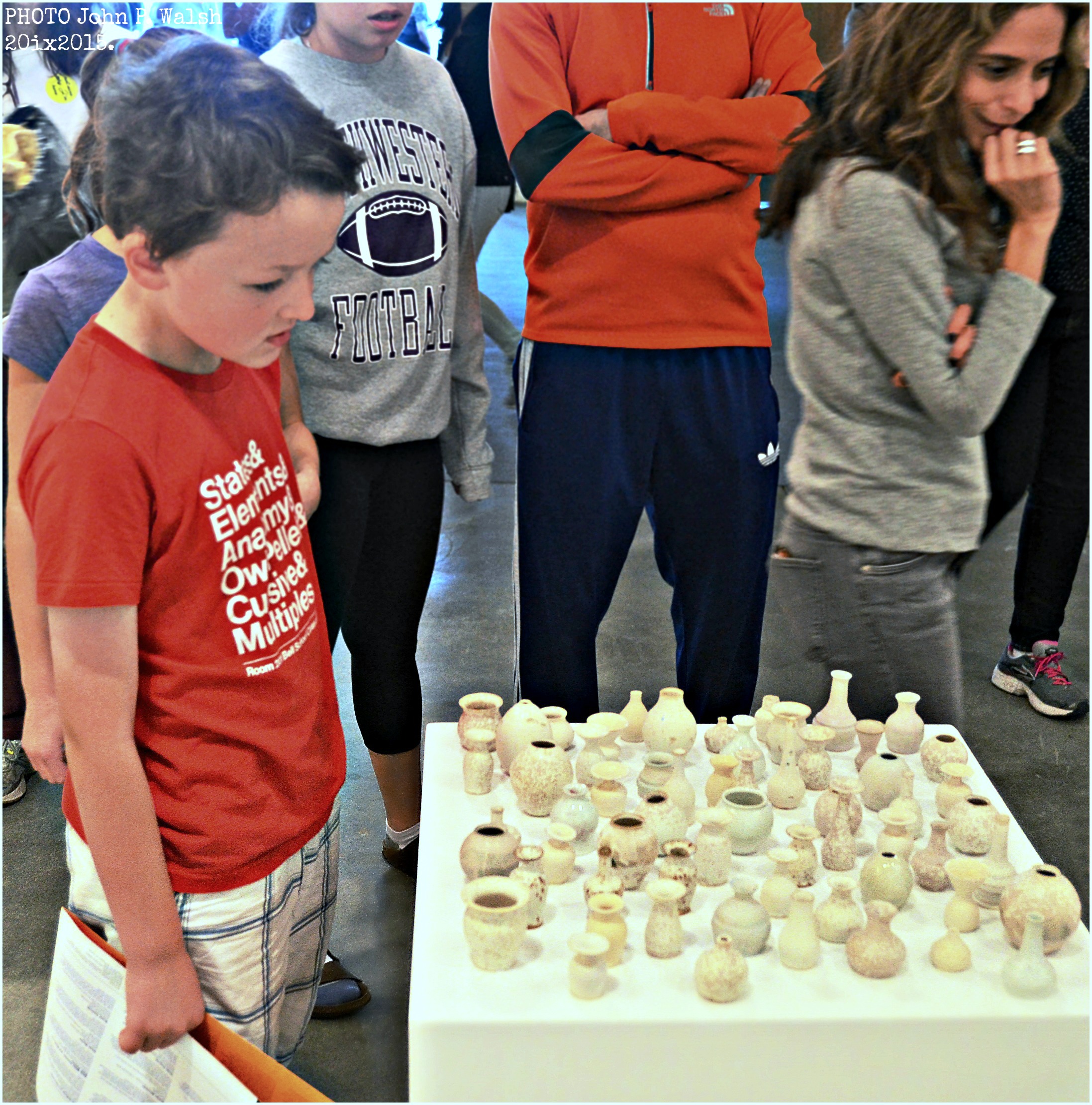 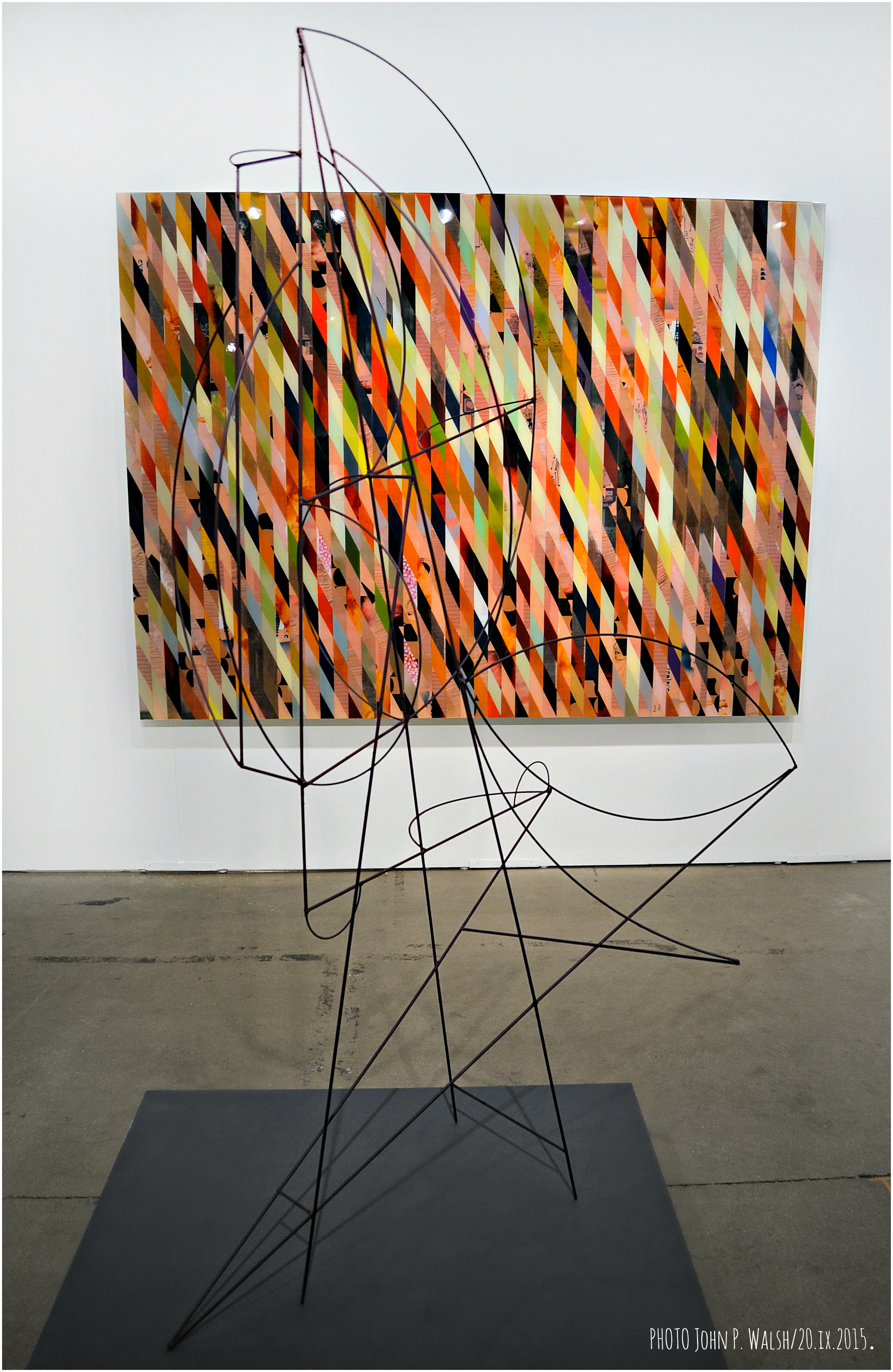